Red Dog Poker doesn’t traditionally belong to the poker family. It has been played in the USA since the nineteenth century so has been around for a very long time. Initially, it was named ‘in-between’ because of the gameplay. The objective was to wager your bets on a card’s rank being in-between the two previously drawn cards. However, the simple set of rules made it easy for some players to cheat. The exploitation of this game meant they changed the name to ‘Red Dog’ and changed the rules to ensure no foul play. Also, its popularity grew so rapidly that they had to rethink the game rules to ensure it was sustainable and up-to-date.

Popularity of the game

It was when gambling became legal in Las Vegas (March 19, 1931) that Red Dog Poker was released. Its popularity grew rapidly as more and more players started to hear of it. You can play in big groups which was a favourite feature of the game. However, it must be noted that popularity has slightly decreased over the years. The game does not involve much strategy and is mostly down to luck. As poker increases, more players want to find games where they can learn a strategy. This allows them to increase their skillset and practice tactful play. The goal of Red Dog Poker is all about predicting whether the third card value will lie between the values of the first two cards drawn. And the objective is to be the player with the most chips at the end.

Please read on for a full explanation of Red Dog Poker’s rules and how to play.

How to play Red Dog Poker

Red Dog Poker involves a very simple set of rules and there are no complicated elements involved. Which means all players will find this game easy to learn. Your initial bet can be anything from the ante to the total pot. The dealer will deal 5 cards to the players and they will be able to look at their own personal cards. The game involves a standard pack of 52 cards ranking from ace (high) down to two (low). You can play with three to eight players. Each player will have the chance to be the dealer – the first dealer is chosen at random.

1. Each player will be asked to place a bet. From the dealers left and going around the table clockwise. Then ending with the dealer.

2. Once everyone has placed their bets, the dealer will burn one card. So, he will turn it over and show it to all the players. He will then add it to the bottom of the deck.

3. The dealer will then show you another card and will place the card face up in front of you.

5. Your cards and the dealt cards are now set aside face down and it’s the next player’s turn to bet against the pot. Note: if the pot is empty of contains less than the minimum bet, each player must immediately put in the initial stake again. And if each player agrees the pot has become too big, they can make the decision to split it between everyone. Then ante to a new pot.

Also, the game can be played with a bank put up by the dealer. If this is the case, players do not ante. And if the pot becomes empty, the deal immediately passes to the next player.

Some other things to consider:

You can choose to play with only for cards dealt to each player, or even three. This allows a larger amount of players to participate in the game without the cards running out so quickly.

Also, when the first two cards are equal a third card will be drawn. If in the off chance this card also matches the other two cards, you get paid 11-1.

There can be many different payouts in Red Dog poker and it’s all dependent on the spread. The player will get back the wager plus the payout according to the principles of the game when they have a winning hand.

A one-card spread pays out 5:1

A two-card spread pays out 4:1

A three-card spread pays out 2:1

There are a few other rules about Red Dog poker that is worth mentioning. If the cards are consecutive in number, for example, an 8 and a 9, a queen or a king, then the result automatically becomes a push and the wager will be returned to the player. Also, as mentioned previously, a third card will be dealt if the two cards are equal. So as you can probably guess, when the cards aren’t consecutive or equal, the spread will be established. The spread is the number of cards that lie between the first two cards, or example, 7 and 9 have a spread of 1;7. 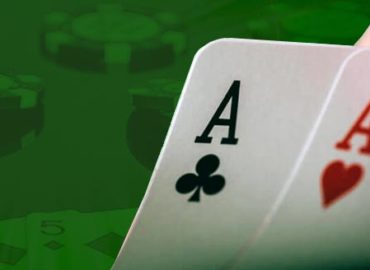 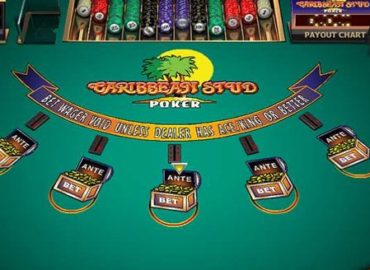 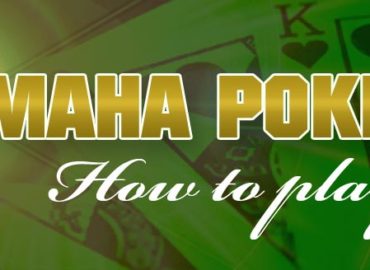 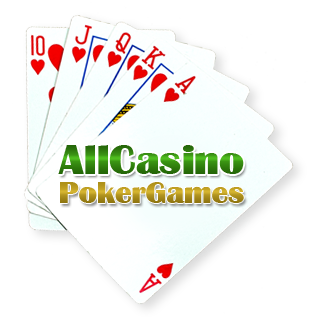